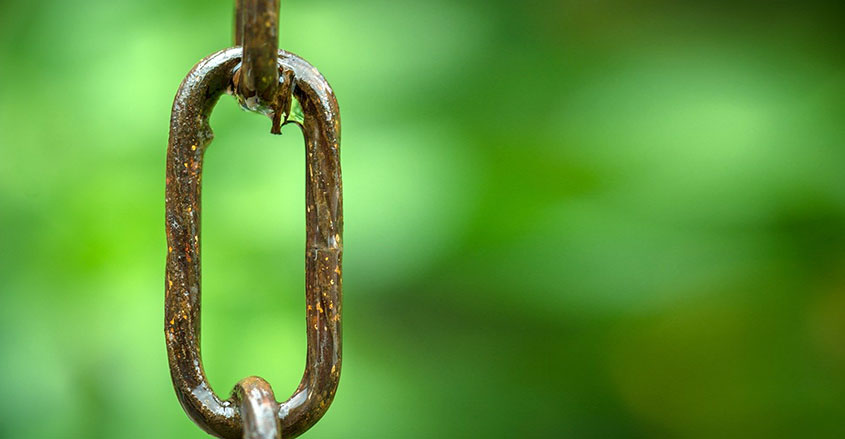 The initials of this test correspond to the Salt Spray Test, currently it is perhaps the most extensive test to evaluate the quality of coatings deposited on steel parts. It consists of introducing the pieces to be tested in a chamber that is filled with mist by means of a nebulizer formed from a solution of distilled water with 5% NaCl (salt), with humidity, temperature and pH of the chamber under standardized parameters. The permanence within the SST will depend on the type of coating to be tested and the specification established by the end user of the parts. During the test, which can go from 24 h to 3000 h or more, the condition of the samples is evaluated every 24 h, and both the corrosion of the coating (WR: white rust) which will appear first, and the corrosion of the steel (RR: Red rust)

As we discussed in the previous instalment, corrosion tests cannot be correlated with the useful life of the piece-coating assembly, in order to bring the time of use and test relationship closer several years ago the automotive sector began to specify climatic tests on treated parts. For this, each manufacturer defined a unique test cycle tailored to their needs, thus creating another type of corrosion test: Climate Tests. These tests consist of cycles of usually 24 hours (1 cycle) consisting of subjecting the samples to a sequence of climatic conditions of humidity, SST and sudden temperature changes. The permanence of the samples in the climatic test chambers will depend on the applied coating, the specification of the end user and the type of test defined by each OEM, ranging from 1 to 30 cycles or more.

Want to join the discussion?
Feel free to contribute!

Preparation/Cleaning
Scroll to top
We use cookies on our website to give you the most relevant experience by remembering your preferences and repeat visits. By clicking “Accept”, you consent to the use of ALL the cookies.
Cookie settingsACCEPTRead MoreREJECT
Manage consent

This website uses cookies to improve your experience while you navigate through the website. Out of these, the cookies that are categorized as necessary are stored on your browser as they are essential for the working of basic functionalities of the website. We also use third-party cookies that help us analyze and understand how you use this website. These cookies will be stored in your browser only with your consent. You also have the option to opt-out of these cookies. But opting out of some of these cookies may affect your browsing experience.
Necessary Always Enabled
Necessary cookies are absolutely essential for the website to function properly. These cookies ensure basic functionalities and security features of the website, anonymously.
Functional
Functional cookies help to perform certain functionalities like sharing the content of the website on social media platforms, collect feedbacks, and other third-party features.
Performance
Performance cookies are used to understand and analyze the key performance indexes of the website which helps in delivering a better user experience for the visitors.
Analytics
Analytical cookies are used to understand how visitors interact with the website. These cookies help provide information on metrics the number of visitors, bounce rate, traffic source, etc.
Advertisement
Advertisement cookies are used to provide visitors with relevant ads and marketing campaigns. These cookies track visitors across websites and collect information to provide customized ads.
Others
Other uncategorized cookies are those that are being analyzed and have not been classified into a category as yet.
SAVE & ACCEPT
Powered by